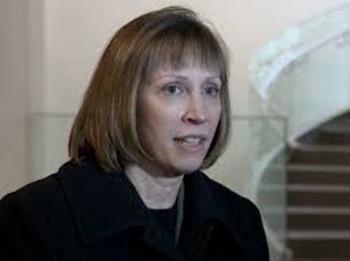 Everyone knows that Ambassadors have to follow the foreign policy guidelines of their governments and cannot make their own decisions. Yet it is strange that successive U.S. Ambassadors are not allowed to call the Armenian Genocide, a genocide. Just imagine the uproar if a US Ambassador stationed in Israel would refuse to use the term Jewish Holocaust!

Contrary to public misconception even among Armenians, the United States has repeatedly recognized the Armenian Genocide at the highest levels of the government.

Contrast the above U.S. historical record with the evasive statements made by recent U.S. Presidents and Ambassadors to Armenia, with the exception of U.S. Ambassador to Armenia John Evans who fearlessly spoke truth to power about the Armenian Genocide, risking his diplomatic career which was cut short in 2006 by the Administration of President George W. Bush.

On December 4, 2018, the proper acknowledgment of the Armenian Genocide was discussed once again during the Senate Foreign Relations Committee’s confirmation hearing, on the nomination of Lynne Tracy as U.S. Ambassador to Armenia.

In her opening statement at the hearing, Tracy avoided using the term Armenian Genocide: “Mr. Chairman, the horrific events of 1915, the Meds Yeghern or Great Calamity, when 1.5 million Armenians were deported, massacred, or marched to their deaths in the final years of the Ottoman Empire, must never be forgotten. As President Trump stated on Armenian Remembrance Day this year: ‘As we honor the memory of those who suffered, we [must] ensure that such atrocities are not repeated.’ If confirmed, I pledge to do everything in my power to remember the Meds Yeghern victims and uphold that solemn commitment. We must also look to the future and the opportunities for Armenia’s next generation. Progress toward reconciliation with Turkey can help reduce Armenia’s isolation and bolster its economy. Towards that end, we encourage Turkey and Armenia to acknowledge and reckon with painful elements of the past. If confirmed, I will do my best to support Armenian and Turkish efforts to forge a more peaceful and productive relationship.”

After Tracy’s opening statement, Sen. Ed Markey (Dem.-MA) asked her: “It seems unlikely that the Trump Administration will change its long-standing U.S. policy on how we refer to the Armenian Genocide. How do you address calls by the Armenian-American community to call what the 1915 slaughter was, a genocide?”

Tracy answered: “The Trump Administration and I personally acknowledge the historical facts of what took place at the end of the Ottoman Empire -- of the mass killings, the forced deportations and marches that ended 1.5 million lives and a lot of suffering. And I will, if confirmed, do everything in my power to acknowledge and respect the losses and the suffering and commit myself to participating in any remembrance activities.”

Sen. Markey concluded: “It’s time for us just to stand up and call it what it was. It helps us in the future to have credibility.”

Sen. Bob Menendez (Dem.-NJ) then followed up with a series of questions to ambassadorial nominee Tracy on the Armenian Genocide: “Do you acknowledge that from 1915 to 1923, nearly 1.5 million Armenian men, women and children were killed by the Ottoman Empire?”

Tracy responded: “Yes, Senator. As I stated, the Administration and I acknowledge the historical facts that you have mentioned.”

Menendez: “Do you acknowledge that on May 24, 1915, the Allied Powers -- England, France, and Russia -- jointly issued a statement explicitly charging for the first time ever another government of committing ‘Crimes Against Humanity and Civilization?’”

Tracy: “Senator, I am not aware of that particular event.”

Menendez: “I commanded it to your attention and you give me your written response after you read it. Do you acknowledge that the U.S. Holocaust Memorial Council, an independent Federal Agency, unanimously resolved on April 30th 1981, that the United States Holocaust Memorial Museum would document the Armenian Genocide in the Museum and has done through the examination of the public record?”

Tracy: “Senator, I will provide a written acknowledgment to you on that.”

Menendez: “Do you acknowledge that Henry Morgenthau, the United States Ambassador to the Ottoman Empire at the time, said that the Turkish government’s deportation order for the Armenians was ‘a death warrant to a whole race,’ and ‘made no particular effort to conceal in their discussions with him.’”

Tracy: “Yes, Senator. I acknowledge the facts of that reporting of Ambassador Morgenthau.”

Menendez: “Would you discipline or otherwise punish an employee of the U.S. Embassy in Armenia for an honest remembrance of the Armenian Genocide?”

Tracy: “Senator, I would expect that, as with myself, we follow the policy of the Administration. And, the policy is that we acknowledge the historical facts of the events of 1915 as a mass atrocity and that we participate in any remembrance activities. And, I’ll just say, as a senior leader in the Foreign Service, I am always open to debate on my team. I don’t punish people for expressing their viewpoints. But, as members of the Executive Branch, at the end of the day, we support the President’s policy.”

Menendez concluded: “This is the problem with nominees who come before us, and it’s not you particularly. In fact, we have a historical reality: 1.5 million people were massacred. That’s a genocide. And yet, we send an Ambassador to a country and have them go to a memorial of a holocaust of the Armenian people and yet they won’t be able to call it a genocide. It’s pretty ironic. If we are not able to acknowledge the past, we are destined to relive it. So I hope that the Department [of State], this is not unique to this Department. It’s been going on for a while. We need to change that reality. I gave you a series of questions because I try to give you all the other elements. But the reality is that it seems we cannot have the words come out of our lips -- Armenian Genocide. That’s what took place. That’s what history shows. That’s what the world recognizes. That’s what our own Federal Agencies recognize like the Holocaust Museum. So I hope you can look at all the other questions and give me answers in order to get to a better place.”

The Senate Foreign Relations Committee will consider Tracy’s nomination at a future hearing after she submits her promised written answers to the questions asked by Senator Menendez.