The Guardian - Barack Obama has made an emotional plea to the British public to “stick together” with the rest of the European Union, as he arrived in the UK to celebrate the Queen’s 90th birthday.

With the result of June’s referendum looking too close to call, the US president eschewed careful diplomatic language to make a direct appeal to voters to back the remain campaign.

The UK's ability to fight terrorism will be "more effective" if it sticks together with its European allies, US President Barack Obama has said.

Writing in the Daily Telegraph Mr Obama also said being inside the EU magnified Britain's influence across the world.

“As citizens of the United Kingdom take stock of their relationship with the EU, you should be proud that the EU has helped spread British values and practices – democracy, the rule of law, open markets – across the continent and to its periphery,” he wrote in an article in the Daily Telegraph.

The European Union and United States Punish Turkey for ...
By Harut SassounianPublisher, The California Courierwww.TheCaliforniaCourier.com 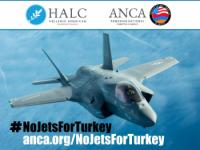