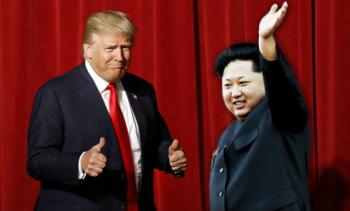 North Korea wrote a letter to Australia and other nations asking for support against Donald Trump.

One copy of the letter, sent from Pyongyang’s embassy in Indonesia to Australia’s representation in the same country, was published by the Australian foreign ministry.

The letter criticises Donald Trump’s “US first principle” and hits out at “countries devoid of principle, narrow-minded and selfish” which backed “illegal” sanctions against Kim Jong-un’s regime.

It calls for countries to respond with “sharp vigilance” to the US’s position.

The letter is addressed to the Australian parliament from the Foreign Affairs Committee of the North Korean People’s Assembly.