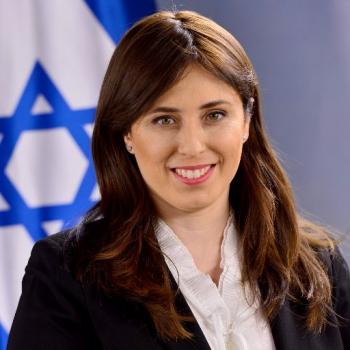 Speaking to Kan Bet public radio, Hotovely said the 10 states are following the lead of Guatemalan President Jimmy Morales, who Sunday declared his country's embassy would be moved to Jerusalem. The Central American nation, along with six other states, voted with the US and Israel, in contrast to the rest of the UN General Assembly, which last week voted 128-9 to condemn the US decision to recognize Jerusalem. The other six were Honduras, the Marshall Islands, Micronesia, Nauru, Palau and Togo.

Hotovely did not name any of the 10 countries, but said many had a strong Christian tradition. Philippines, the Czech Republic and Romania abstained from the UNGA vote last week, but have entertained the possibility of joining Guatemala and the United States, with Czech President Milos Zeman supporting the move to Jerusalem. But European Union foreign policy chief Federica Mogherini later said the Czech foreign minister had promised not to move their embassy to Jerusalem which the EU considers the capital of a future Palestinian state.